An Opportunity for Spain

In Spain, the second country most visited by foreign tourists in the world, the take-off of this market has not gone unnoticed. The increase in the purchasing power of nearly 1.6 billion Muslims around the world has aroused the appetite of Spanish companies for this market segment.

This increase in Muslim tourists has been reflected at the Spanish airports of Barajas, el Prat and Malaga, which, in the last four years, have doubled the number of passengers that use companies such as Emirates, Qatar Airways or Turkish Airlines to visit our country, going from 600,000 passengers in 2011 to over 1.3 million in 2014.

Number of Muslim tourists by country of origin in 2014

The tourists who visited Spain in 2014 spent 63 billion euros, up 6.5% from the year before. Among Muslim tourists, average spending stood at 1,500 euros, with an average stay of 9 days, both figures exceeding those of tourists from neighbouring countries. Among Muslims who spent the most per purchase, we can mention Emiratis (€600), Kazakhs (€486) and Qataris (€440). They increased their spending compared to 2013 by 116%, 28% and 37% respectively, according to Innova Taxfree.

Spain captivates Muslim tourists. The country has almost all the elements necessary to position itself as one of the main Muslim-friendly tourist destinations in the world: the Andalusian heritage, the magnificent tourist infrastructure, a rich and varied gastronomy, an extraordinary climate, the best football teams in the world, etc. Proof of this is that despite this industry being in an embryonic stage, our country has passed in a year of being in the twentieth position to ninth in the Global Muslim Travel Index, prepared by MasterCard and CrescentRating, placing us as one of the more attractive destinations (from non-OIC countries) for Muslims. Are we going to miss this opportunity?

Spain among the Most Attractive Halal Friendly Destinations 2017 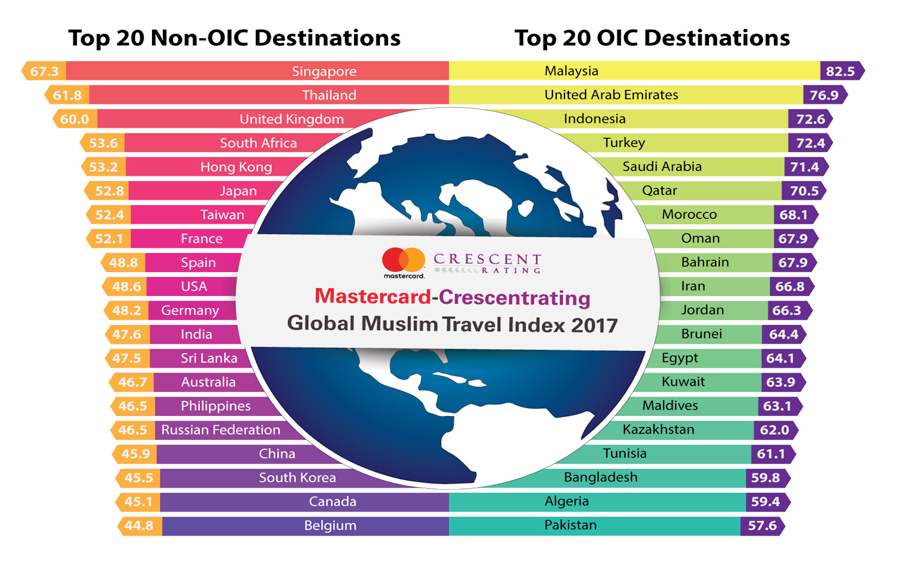