The city is located at the centre of a bay surrounded by mountain systems and founded by Phoenicians in the 8th century BCE, making it one of the oldest cities in Europe. Málaga has been declared a Historic Site. Few cities in the world display such a wide overlay of traces that show the passage of civilisations throughout the centuries, from both the East and the West, in such a small urban area. Phoenician, Punic, Roman, Arab and other remains make the centre of the city a true historical palimpsest where different monuments coexist. 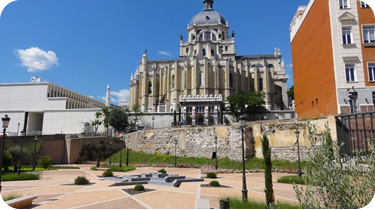 A fortress-palace at the feet of mount Gibralfaro. Built between 1057 and 1063, at the behest of the Berber king of taifas of Granada. It combines the needs for defence with the beauty of an Arab palace organised around rectangular courtyards and corridors that surround gardens and ponds. Inside, its rooms seek to alternate light and shadow to achieve the characteristic lighting of Arab fortresses. 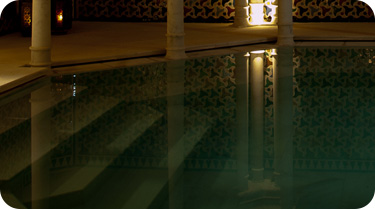 Málaga’s Nasrid past inspires a place to enjoy the wideness of its space and experience the splendour of the era. Located in the centre, in the old Medina, very close to the remains of the Arab wall of the city and next to the Carmen Thyssen Museum of Málaga, its offers visitors the possibility to enjoy a nice massage.