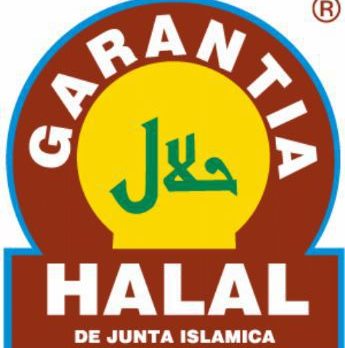 “There is a Halal tourism boom in Europe coming from Muslim countries. In Spain, on the other hand, it is incipient. We are taking off”. This is the opinion of Flora Sáez, cofounder of Nur & Duha Travels, the first travel agency and national tour operator with the Halal stamp.

This is a word in Arabic that refers to what is “permitted”. It is often used in gastronomy. The Quran refers to some forbidden food, and halal refers to the rest. Pork and derivatives (pastries fat) are forbidden, just like alcohol, raptors or animals who haven’t been sacrificed following the Islamic ritual.

“The main reason why Muslims visit a country is the fact that there are Muslim-friendly factors (which reconciles with the religious beliefs)” Indicates Sáez, as well as the availability of this kind of food.

That’s why this sector in Spain is slowly progressing to welcome tourists who spend a much higher amount than the mean. Granada will welcome on December the 22nd and 23rd the first Halal conference in Spain, with the hope to attract the sector in Europe and the Islamic countries.

Tourists who come from those countries spend more than twice the visitors who come to Spain, according to data provided by the public organization Turespaña. Those from Saudi Arabia spend 2287€ per person per stay, those from the UAE, 2116€ or those from Egypt, 1703€, surpassing the 956€ mean. In the Muslim Travel Index 2014 report, which will be presented in this conference, it is indicated that Spain holds the sixth place in the most demanded European destinations by this Muslim travelers list. France, the U.K, Italy, Germany and Turkey precede. Only tourists from the UAE choose Spain as the third option.

“Spain’s stand is bad. We’re the third destination in the world but not for Muslim tourists” says the founder of Nur & Duha Travels. “Spain is specialized in a sole, sun and beaches, low quality kind of tourism”, she adds, which discourages this visitors.

In this report it is also stated that the Halal market attains 103 billion euros worldwide (13% of the total expenditure) and it is expected that it reaches 141 billion in 2020.

Spain is not part of the favorite destinations of this visitors. More than 14 million British and around 10 million German visited Spain in 2013, even though only 42.000 Arabs and some from the UAE did. The most numerous are the Moroccan (192.000) although their expenditures is below the mean.

The total expenditure of this tourists in sleeping is also higher, 129€ per person per room and night, surpassing the Chinese (115€) and Russian (91€), according the Hotel Price Index of Hotels.com. Singapore, Indonesia, Malaysia, the UAE and Saudi Arabia are among the 20 touristic expenditure fastest growing countries.

Adaptation to encourage the muslim tourism

It is important for the 97% of the Muslims the availability of halal food at the destination, according to the report, and 89% give a crucial importance to the availability of prayer spaces. “It is a factor which is more important than the price itself” says Sáez, which is the reason they end up choosing other countries. “Spain should be the leader in Europe for her Islamic legacy. There is an enormous potential”. she adds.

However, there are very few establishments where to go. “There are only two restaurants that have a halal certificate in Spain. The hotel workers are required to treat the customers correctly by establishing places for the group prayer and indicating the direction of Makkah in the prayer room”, explains Isabel Romero, the general director of the Halal Institute, which certifies this establishments. “We are not enough prepared for tourists who spend more in food and in shopping and that come in large familiar groups”, she regrets. “In the end they go to the United Kingdom or to Germany”. In Spain, the final options are either eating in kebab shops or ordering vegetable courses in restaurants, explain these experts

“Spain, with its rich Islamic inheritance, landscapes, climate and hotel infrastructures, is a perfect place for Muslim tourists”, believes Tasneem Mahmood, the organizer of the event in Granada, answering from the United Kingdom. This expert mentions “simple measures” of improvement, such as prayer spaces in airports, like in the rest of Europe, “and more halal food available in hotels and restaurants”.

The Nur & Duha associate (which means Light and dawn in arabic) assures that they already work with hotel chains such as Meliá and AC. “We have contacted more than 100 establishments. There was only 20% who were not interested because of the effort it implies of taking away alcohol from rooms or preparing halal food for large groups”

Ask for more information about the Halal certificate 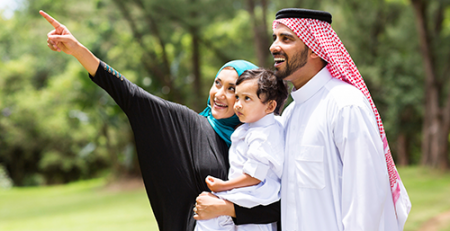 Opening markets to the Halal Tourism

The halal tourism is developing and the services to cover it are getting more numerous. The Muslim population is growing... Read More

The Halal Tourism in Spain arrives at FITUR brought by the Halal Institute and Innova Taxfree Group Wednesday January 20th, 2016