Toledo is known as the “imperial city” because it was the main seat of the court of Carlos I, as well as “the city of three cultures”, due to having been populated by Christians, Jews and Muslims for centuries. You can find many sights at this World Heritage Site declared in 1986. 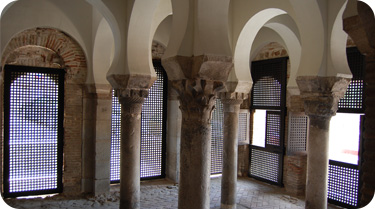 One of the most remarkable exponents of Islamic art in Toledo. Out of the ten mosques that the city once had, this one is the best preserved. During the Muslim era, it was a small oratory connected to a gate to access the city (Bab al-Mardum), to be used by those who just arrived in the city or by people preparing to leave it. It was built in the year 999, at the peak of the Caliphate of Cordoba. 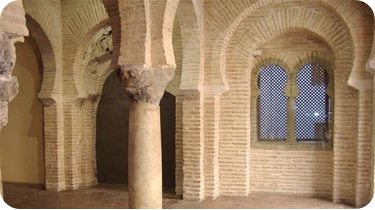 It was located on the walls of the Roman water tanks. True to the spirit of a merger of cultures, it features Roman and Visigoth capitals and shafts. It is a very unusual building due to its two-storey design that follows the slope of the land. 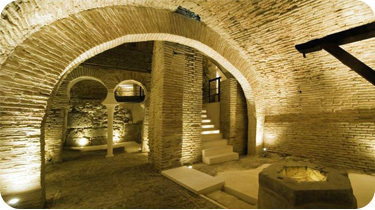 Remains of an ancient dwelling in which remains of Roman and Visigoth constructions are preserved. 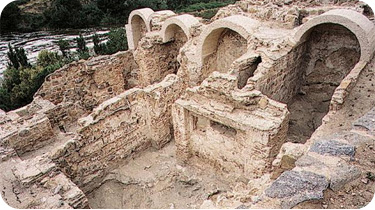 Three remain, scattered throughout the city These Islamic baths are a site that enable visitors to understand the importance of these buildings, used for hygienic, religious and social purposes, in imitation of Roman baths.